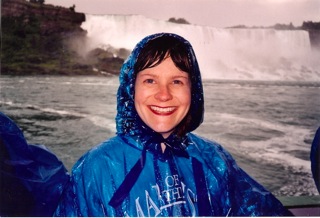 This is a very special client of the month post for me and in some ways hard for me to write.  This client, Patty Scanlon, passed away last summer.  Her birthday would have been this month which is what inspired me to make her my client of the month for August.  She was such an amazing person, a wonderful client and just a general pleasure to be around—I felt like this would be my own little way to honor her memory, and share with you her personal drive.  If her story doesn’t motivate you to exercise, I am not sure what will!

First of all, just to get an idea of what kind of a person Patty was, I want to share with you what she did for a living.  She was a licensed clinical social worker who specialized in play therapy for children.  She worked with children every day who were struggling through difficulties in life—anything from living through a divorce to being victims of sexual abuse.  Her job was tough—she was always doing everything she could to make these kids’ lives better—and sometimes just bearable.  One of her favorite quotes, which I think applied so well to her life, was this one by James D. Miles: “You can easily tell the character of a man by how he treats those who can do nothing for him.”   Her job was tough and could have easily made someone grumpy or stressed, but not Patty.  She loved helping these kids and she loved life and it always showed. 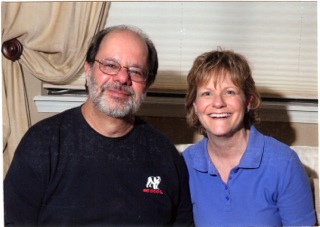 The next thing you should know about Patty is that she had multiple sclerosis, or MS.  She was diagnosed more than 10 years ago, which was around when I first had the opportunity to meet and work with her.  She came to me when I was a personal trainer, after being referred by her chiropractor.  She worked out with me then for a couple of years.  I took a few years off after that, and our paths crossed again when she noticed my sign advertising Pilates in 2007.  Her disease was progressing somewhat, and she was more motivated than ever to maintain her strength and flexibility.  Pilates helped her keep a fuller range of motion throughout her remaining years.  She was such a role model to me, and many clients because of her perseverance to exercise right up until a few months before she died.  In fact, I will never forget one of the last group classes she came to (she did group classes as well as privates in the years she was a client) because her head had been shaved (she later developed a brain tumor which was what ultimately took her life) and she was a little weaker than usual.  I will tell you, not a single person in that class that day made any little complaint about their bodies or having to exercise when they saw how hard she was working just to keep her body as strong as possible with everything she was going through. 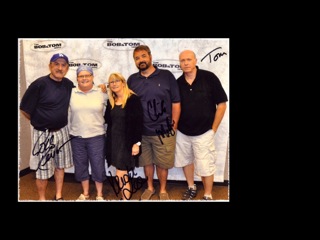 Patty had a tough road, both with her own health and with her job, but her spirit was so positive and happy—my husband at one point shared office space with my studio and gave Patty the nickname “Giggles” because he could always hear her laugh when she was working out.  I know Patty used working out as a way to keep herself as healthy as possible, but I am also proud to say that I think she saw coming in and training with me, and laughing with me, as a kind of catharsis too—she could vent a little about things going on in her life and job, and keep her mind and body as strong as possible.  It was my pleasure to know her, and train her for so many years.  I took pride in knowing that in some little way I also felt like I was vicariously helping those kids she helped—I helped take care of her a little and hopefully made her work and her path just a little easier.

I also wanted to share one other memory of Patty because it was such a special thing.  Sometimes you have the opportunity to do things for people in life that don’t seem like that big of a deal until you see the looks on their face.  Patty was a HUGE fan of the Bob & Tom show on Q95.  I mean, huge!  She listened for years and years and always wanted to meet them.  As luck would have it, I also train Tom Griswold from the show.  I sort of hesitated asking this favor—I am sure he has requests like this all the time, and it isn’t something they do on a regular basis, but I asked him if there was any way Patty could come watch the show (I shared a bit of her story with him).  He instantly said yes and wanted to know when she could come. (What a nice guy.)  He told me later about how much she laughed during the show and how thrilled she was to get to meet them all (check out the picture!).  It wasn’t more than a week or two later that Patty passed away.  I was so glad that she got to check this one little thing off of her “bucket list.”  And I am so grateful for the kindness of Tom and the staff at the Bob and Tom Show. How cool is are they for making this happen for Patty?


More than anything with this post, I wanted to honor Patty and her memory because I have been thinking about her a lot lately.  I also think she was a great role model in life for so many reasons—and I think even in death she continues the legacy of the way she lived her life.  I know she also taught me about dying with grace.  I also wanted people with serious and terminal illnesses to hear about her and realize that exercise may be able to help keep their bodies strong while they fight other battles.  I am sure she would love knowing that she might help even one more person who might be struggling out there with a similar disease.  I am so glad I got to know Patty as a client and as a friend–for all these reasons, I have made her my posthumous Client of the Month for August! 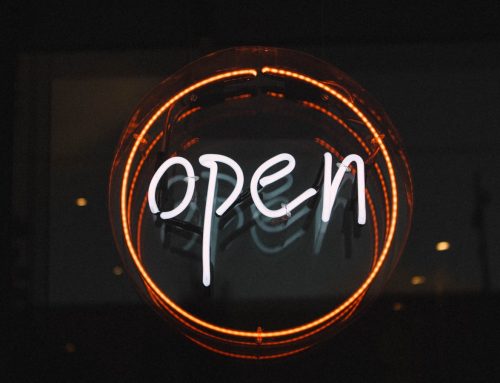 We are back, baby! Gallery

We are back, baby! 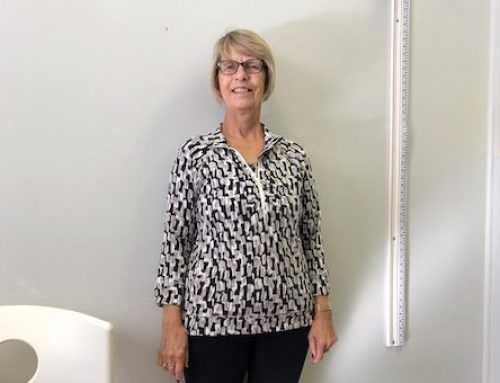 October 2019 Mooresville Star of the Month

Our Girl is Going to NSCA! Gallery

Our Girl is Going to NSCA!